Pray for peace for Ukraine

Watch this page for details. 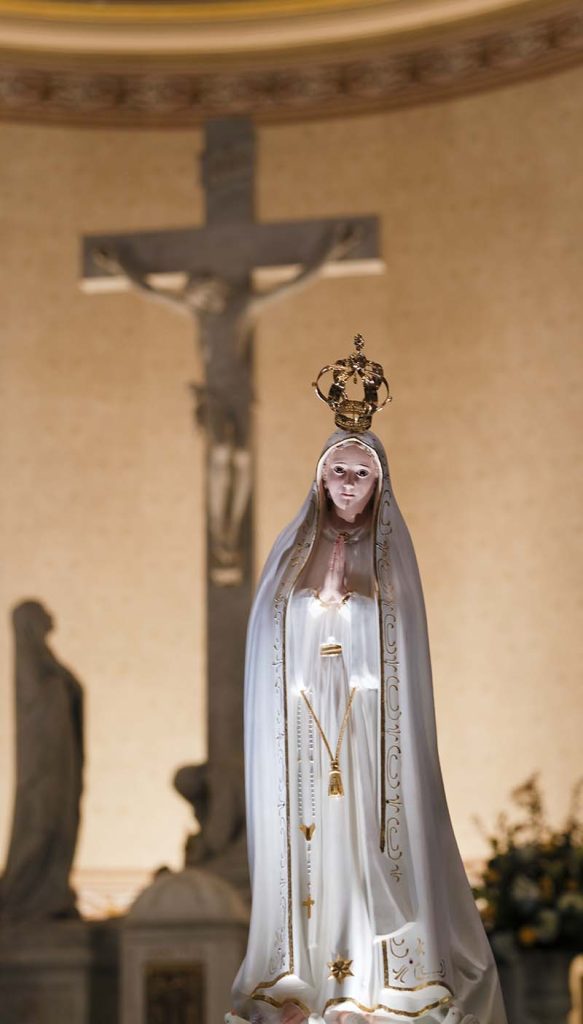 The Consecration of Russia and Ukraine to the Immaculate Heart of Mary will be pronounced by the Pope on the afternoon of Friday 25 March in St Peter’s Basilica. The act of consecration will be performed in communion with the local Churches throughout the world.

In response to questions from journalists, the director of the Holy See Press Office, Matteo Bruni, has confirmed, “Pope Francis has invited the bishops of the whole world, along with their priests, to join him in the prayer for peace and in the consecration and entrustment of Russia and of Ukraine to the Immaculate Heart of Mary.”

The Pope will make the prayer in the afternoon of Friday, 25 March – the Solemnity of the Annunciation – in St Peter’s Basilica, on the occasion of the Celebration of Penance, scheduled to begin at 5 pm. The same act, on the same day, will be undertaken by all the bishops of the world. Cardinal Konrad Krajewski, the papal almoner, will perform the act of consecration at Fatima as the envoy of the Pope.

Already at the Angelus on 13 March, Pope Francis had invited the whole Church to pray: “I ask all diocesan and religious communities to increase their moments of prayer for peace.” And at the general audience on 23 February he had called for a day of prayer and fasting on Ash Wednesday for peace in Ukraine, saying, “May the Queen of Peace preserve the world from the madness of war.”

In the apparition of 13 July 1917 in Fatima, Our Lady had asked for the consecration of Russia to her Immaculate Heart and the communion of reparation on the First Saturdays, stating that if this request was not granted, Russia would “spread her errors throughout the world, causing wars and persecutions of the Church,” and “the good will be martyred, the Holy Father will have much to suffer, various nations will be annihilated.”

Later, Pope St Paul VI in 1964, and Pope St John Paul II in 1981, 1982, and 1984 renewed this consecration of the whole human race. The consecration in 1984 took place March 25, in St Peter’s Square; on that occasion, St John Paul II, referring specifically to Our Lady’s request at Fatima, and in spiritual union with all the bishops of the world, entrusted all peoples, and “in a special way… those men and nations who are in special need of this entrustment and consecration,” to the Immaculate Heart of Mary.

In June 2000, when the Holy See revealed the third part of the so-called secret of Fatima, the then-secretary of the Congregation for the Doctrine of the Faith, Archbishop Tarcisio Bertone, pointed out that Sister Lucia had personally confirmed that the act of consecration performed by John Paul II in 1984 corresponded to what Our Lady had asked.

And now this year, on March 25, Pope Francis will consecrate Russia together with Ukraine to the Immaculate Heart of Mary in communion with bishops from all over the world.

to help families affected from Urkraine

Watch Concecration Mass from the Cathedral of the Incarnation

HOW TO FIND US